You are here:
ANZAC DAY BEGINNINGS (scroll to end of eLink)
Worship
Disciple Making and Retaining
Events
Humour
(Blue highlights are links)
Worship
Something a bit wild and different:
The Mississippi Massed Choir singing that old time gospel music
Follow link to to be dragged out of your comfort zone!
Disciple Making and Retaining
Many church and denominational leaders are taking a closer look at evangelism, disciple making and retention rates. There are some good resources around.
Examples:
1. The well known, world wide, Alpha course in 2016 quoted a retention rate of over 80%. That’s extraordinary when around 30 million people with over 100 languages have had contact with the course.
See link for details
2. The local Anglican churches are working with Col Marshall and Vinegrowers.
Vinegrowers vision statement: ‘Shaping the ministry culture of churches around disciple-making’
See link for details
See this helpful 5 minute video of how this programme is helping change Bulli Anglican Church…  follow link
3. Billy Graham took great pains to introduce effective follow up for new believers during his worldwide crusades. His pamphlet “Preparing Your Church for New Christians” is out of print, however if you’d like a compressed pdf copy emailed, please reply to Kingdom Connections Illawarra
Harry Leesment had a role in Paradise Church in Adelaide to introduce a discipling follow up system based on this model. Soon this church was Australia’s largest with a retention rate of 65%.
Harry is mentioned on a website coaching leaders on increasing the retention rate of new Christians in their churches:
He suggests a 2 -pronged strategy borrowed from Billy Graham (see p.24)
a) One-on-one followup within 24 hours, with the Counsellors bringing their new Christians to…
b) a group with New Christians only and their Counsellors.  We refined that process so that these ultimately became permanent “Life Groups” but as all their friends/family/contacts were unsaved fresh people, they groups became uniquely evangelistic centres, continuing to bring many unsaved in on an ongoing basis!
Praise God!
4. No Place Left.

This programme is currently happening in the Illawarra using ‘Simple Skills to Multiply Disciples’. It’s about home visitation, street evangelism, and discipling (with the intent of making disciple makers). Follow link for details  or contact Woonona Presbyterian Church for personal contacts
Seen on holidays: 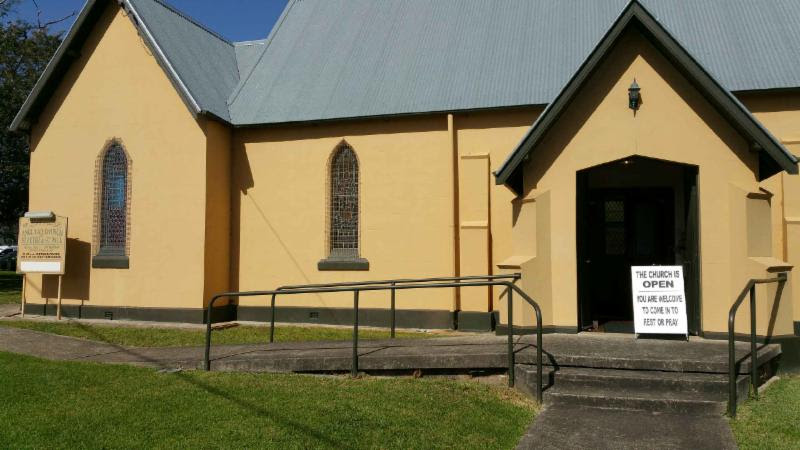 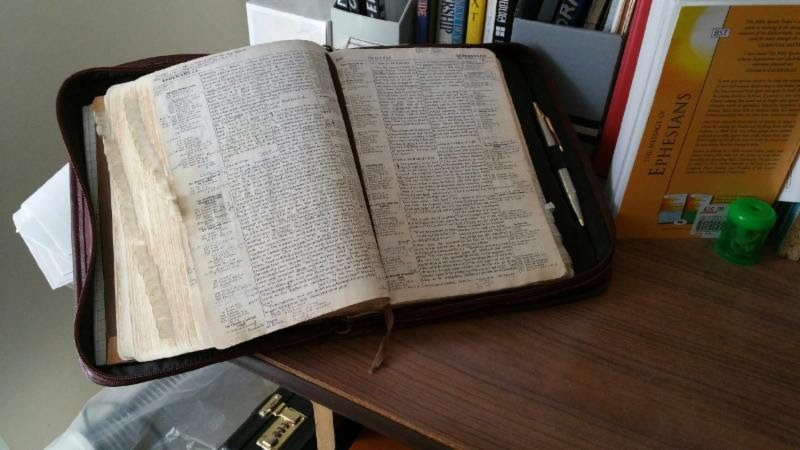 Illawarra’s own Hengki Widjaja is one of the speakers (see video for a ‘face to a name’), no doubt he’ll be sharing what God is doing in our region and bringing back inspiration and ideas from all over the country. Movement Day brings together Church, Non Profit and Marketplace resources to advance the Kingdom of God in unity.
There are over 20 high profile speakers. Risk it and send someone from your church who responds to the big picture and loves being stretched.
This is too good an opportunity to miss, it’s where the action is!
See link for details 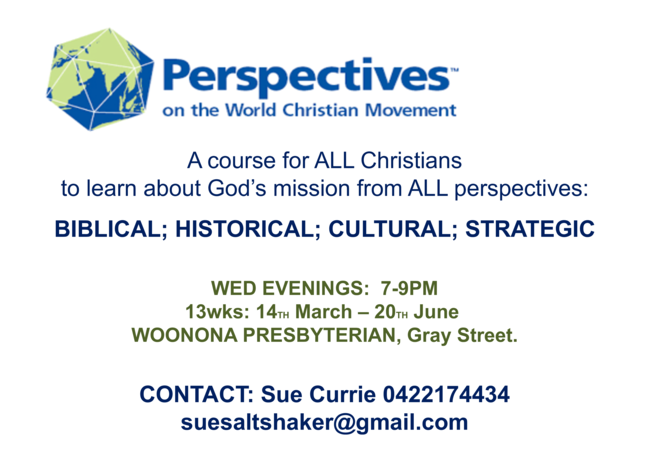 This course was introduced into the Illawarra around 20 years ago by Rev John Thew and Rev David Bartlett and has spurred many people on in mission endeavours over that time.
The course this year will be run from Woonona Presbyterian Church in Gray St Woonona, Wednesday evening 7-9pm, beginning  14th March through to 20th June(excluding two weeks school holidays). As always it will be run by trained facilitators.
Illawarra Prayer Breakfast 7am Friday May 25th Salvation Army Wollongong.
Prayer, Unity and Thanksgiving

The speaker this year is Senator the Hon Eric Abetz
The Illawarra Prayer Breakfast is an annual gathering of people who love the city, love the people of the city and love God. The purpose of the Illawarra Prayer Breakfast is to give thanks to God, pray for God’s blessing for our city, pray for each other, pray for a release of the Gospel of the Lord Jesus Christ in our city and prayerfully proclaim the words of the Lord’s Prayer “Your Kingdom come, your will be done” over the cities across Illawarra region as it is in heaven
Follow link for details and booking
ANZAC Day beginnings and the role of Canon David John Garland
In Queensland on 10 January 1916 Canon David John Garland  was appointed the honorary secretary of the Anzac Day Commemoration Committee of Queensland (ADCCQ) at a public meeting which endorsed 25 April as be the date promoted as “Anzac Day” in 1916 and ever after. Devoted to the cause of a non-denominational commemoration that could be attended by the whole of Australian society, Garland worked amicably across all denominational divides, creating the framework for Anzac Day commemorative services.[15] Garland is specifically credited with initiating the Anzac Day march, the wreath-laying ceremonies at memorials and the special church services, the two minutes silence, and the luncheon for returned soldiers.[16] Garland intended the silence was used in lieu of a prayer to allow the Anzac Day service to be universally attended, allowing attendees to make a silent prayer or remembrance in accordance with their own beliefs. He particularly feared that the universality of the ceremony would fall victim to religious sectarian disputes. Taken from Wikipedia

Every Friday Morning Prayer Breakfasts 7.00 am. It’s a great time of prayer, fellowship and Godly start to the day. Meets at the offices of Warwick Marsh, Dads4Kids, behind Central Rd shops, through KFC car park Unanderra. 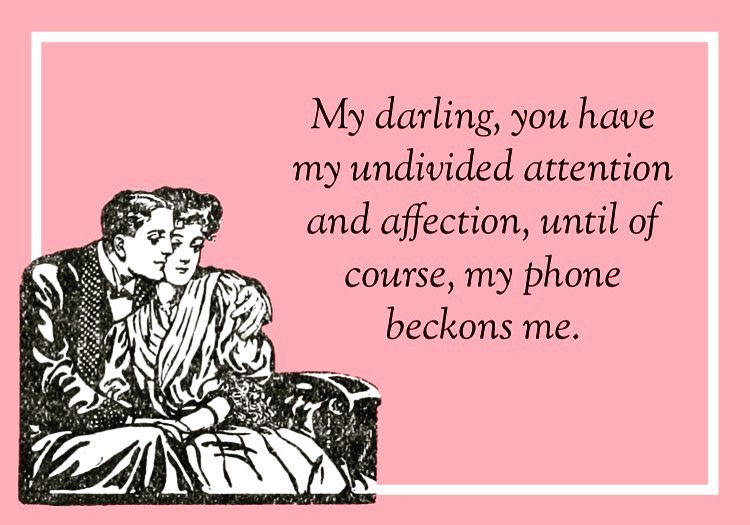 Pray with, and for, other Christian leaders in your area.
How is your local leaders fellowship going?
Anti Spam Policy
Note, our network eLink service provider has written an Anti-Spam Policy
KCI will voluntarily comply with best practice ‘Permission Based Email Marketing’. We will periodically connect with our contacts who regularly show on our ‘did not open’ report in order to affirm a willingness to remain on our mailing list.
You are receiving this eLink because to are a Christian leader in the Illawarra. Both the Privacy Policy and the
Safe Unsubscribe links are below.
There are currently 6 people from different churches (with Darryl Stewart as Coordinator) on the board who take responsibility for the network.
Kingdom Connections Illawarra website.
Please note and forward any event items which you would like included in the website
Blessings, Darryl
Go to Top